During what is turning out to be our busiest time so far, I have spent most of the last week developing and creating something not in our plan at all..

Because I was inspired to.  It started all innocuously enough.. saw a link to a steampunk monocle, thought “thats cool we can probably do something with this” so ordered one, expecting it to go into a box and wait till I got bored in the future…

It arrived, and while I was working on our “Aether” protocol, it was sitting next to me.. soon enough I was writing code wearing it, and then I had put an LED ring into it, and then was working out where to attach a servo… and then the soldering iron, heat gun, glue gun and a big bag of bits came out.. and all thoughts of wireless communication were put to one side. 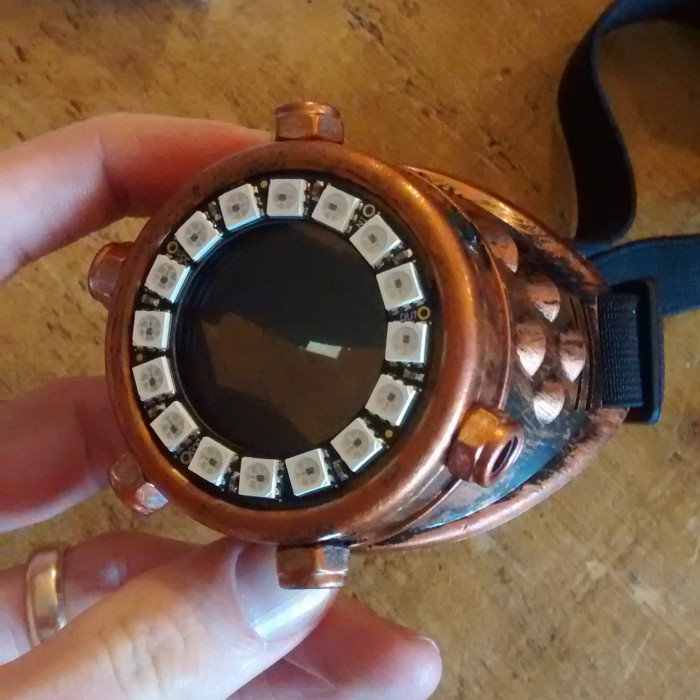 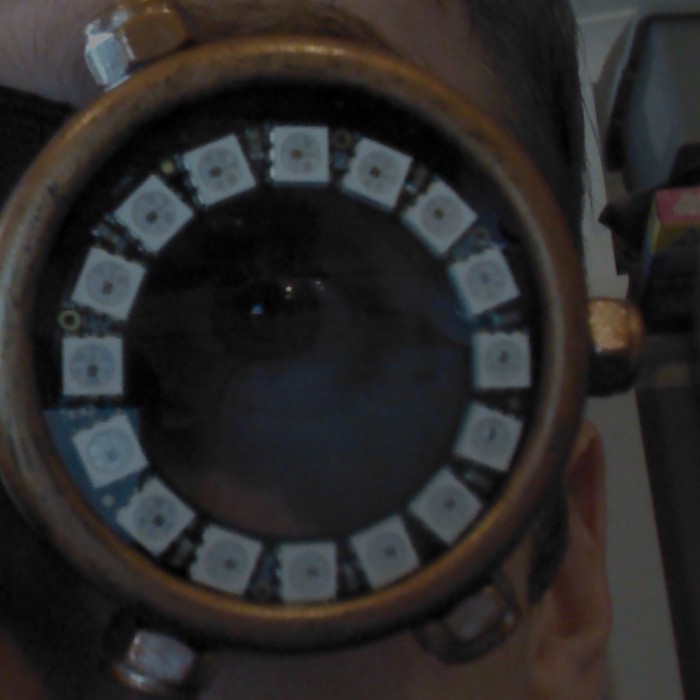 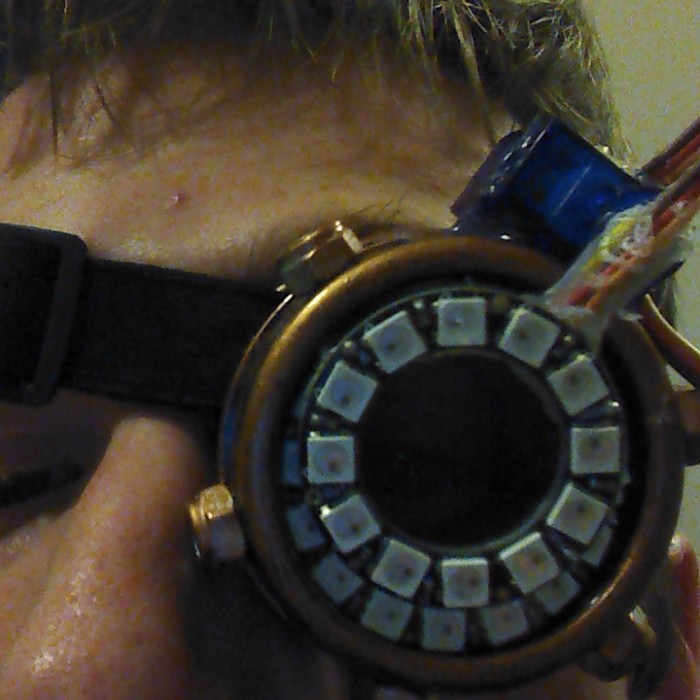 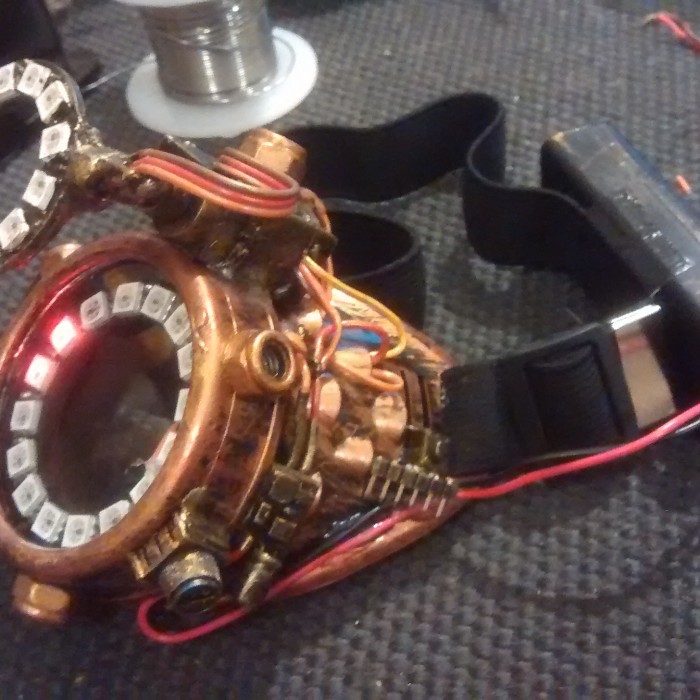 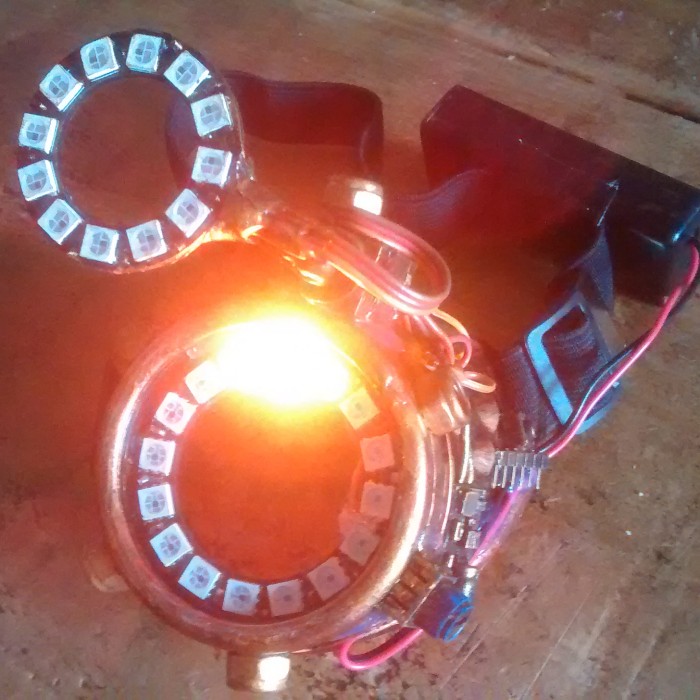 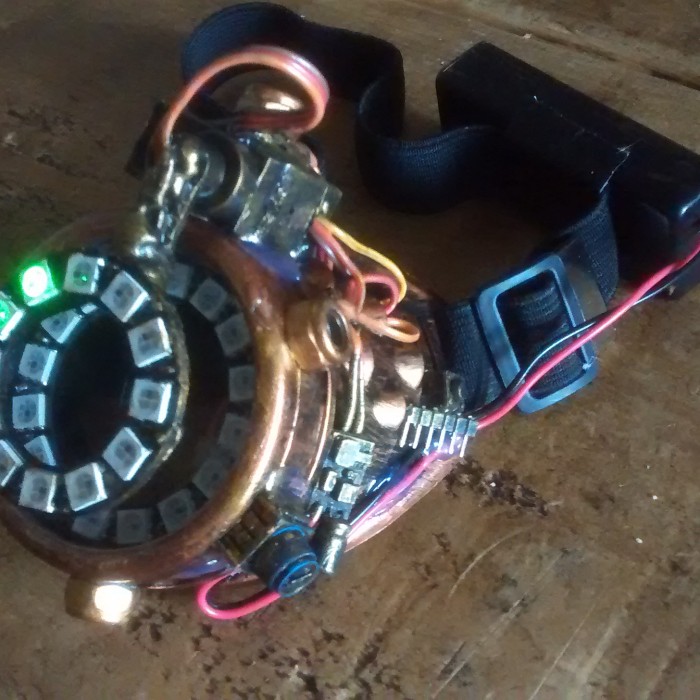 Creating it felt right and effortless, it just flowed*, and when this happens, you know that it is worth your time, as for the time put in, the results will be well worth it.  Even if we never build another.

I finished painting it last night, and had the first pass of decent code loaded on.  I need to work on the animations (this seems to always be the thing I put off till last), but I am pleased with how it looks.

Pressing a button causes the front loop to come down for 10 seconds and the animation colour to change (i’ll play with animations more later).  Twisting a knob (potentiometer) on one side changes the brightness of the LEDs.

*except for the point where I drilled partway through a random part of the LED ring by accident and spent several hours repairing it.
Google+